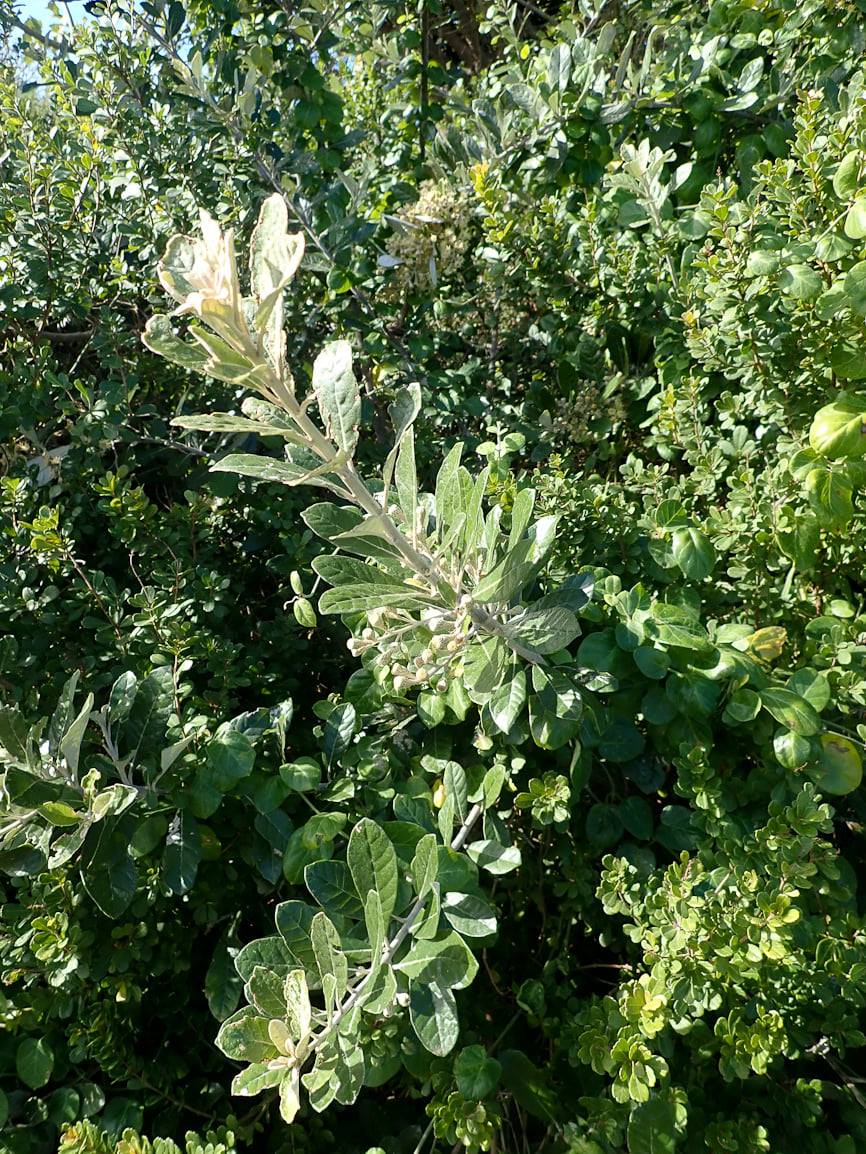 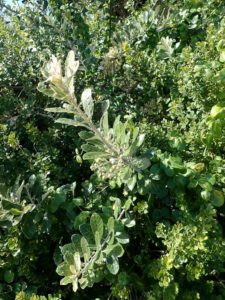 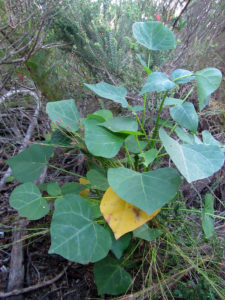 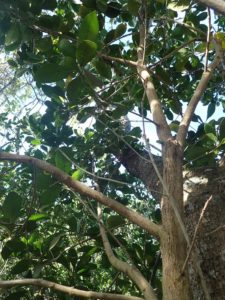 In our area most people are keenly aware of alien plants and the negative impact they can have on indigenous flora and fauna. This is not surprising since the St Francis region is one of the worst areas countrywide for dense thicket of alien wattles, principally rooikrans Acacia cyclops.

FOSTER has done an excellent job clearing our reserves of all invasive species over the past 20 years. But there could be another threat looming which is going to pose an interesting dilemma for reserve management: indigenous species are beginning to invade, most likely garden escapees.

The most conspicuous invader is coastal silver oak Brachylaena discolor, which is widely planted as a hedge in Cape St Francis. I have seen it growing on the margin of thicket in all four reserves. Coast silver oak is a species of the east coast, growing in dune thicket and forest from the Sundays River mouth to Mozambique.

Also invading is the Natal wild banana Strelitzia nicolae, another common garden plant. In the wild, this species grows in coastal dune forests from East London to Mozambique. Less common invaders are dune bride’s bush Pavetta revoluta, a tree of dune forests from Port Alfred to KwaZulu Natal and the coral tree Erythrina caffra, a species of coastal forests between Alexandria and Zululand. Interestingly, a natural population of coral tree grows in the forest of the eastern Tsitsikamma (Klasies River mouth to be exact) but none grows in our area.

What do these species have in common that can help us understand their tendency to invade our bush?

Firstly, all are common garden plants in both Cape St Francis and St Francis Bay. Therefore, there is no shortage of seed for dispersal by wind or birds. As we would expect, the species most widely and densely planted (coast silver oak and Natal wild banana) are more common as invasives than the rarer coral tree and dune bride’s bush.

Secondly, all species hail from the subtropical east coast and do not extend west of the Sundays River (except for the single population of coral tree from the Tsitsikamma). Perhaps, their successful establishment in our environment is a harbinger of an inexorably warmer climate, as the tropics march southwards under the influence of human-induced climate change. Or maybe they were heading in our direction, responding to the global warming after the end of the last ice age, some 12 000 years ago. Gardeners have merely hastened their journey westward.

Who knows? Maybe you have some ideas on the topic. Should FOSTER treat them as invasive aliens, and eradicate them from all reserves? We looking forward to hearing your views.

Please send us your comments on info@foster.org.za